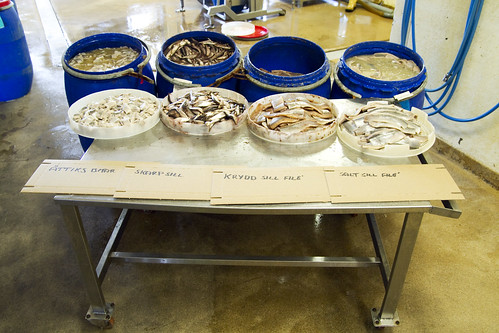 Day of the Herring on Klädesholmen

This is a festival of fermented herring. Traditional Swedes and adventurous eaters may well enjoy this food, as it has a distinct odour and taste that is not generally appealing or appetising. However after bearing the smell and being adventurous enough to eat it, some describe this food as being delicious.

Baltic herring is used for surströmming and is considered an important component of the northern Swedish cuisine. The release of an enzyme from the spine of the small herring (Baltic herring are smaller than Atlantic herring) with bacteria causes fermentation. The bacteria responsible for causing rotting of the actual proteins of the fish are inhibited by addition of salt, as these pathogenic bacteria cannot survive in a high salt medium.

Baltic herring are caught during April and May;they are also beheaded and gutted.

The herring is left to ferment for about eight weeks and is then canned for consumers. In bygone days, before modern canning was utilised, all surströmming was stored in wooden barrels for supply to local consumers. Consumption of surströmming can be traced back to the 16th century.

During the time when the herring is in the can, it is still undergoing fermentation and causes a noticeable bulging of the can. The first canned productions of this fermented herring began in 1890, along the northern coast of Sweden. Traditional ways of eating this delicacy is with small potatoes and onions and drinks of beer and schnapps (a high volume alcoholic drink). 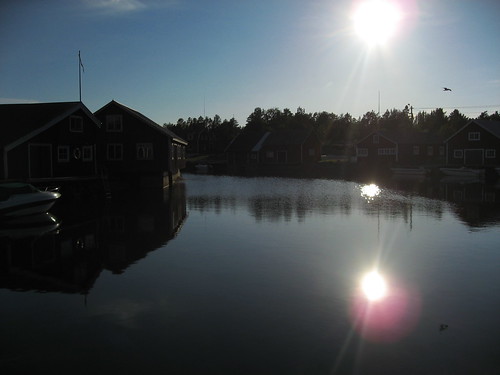 View from the dock at the Skeppsmalen fishing village. 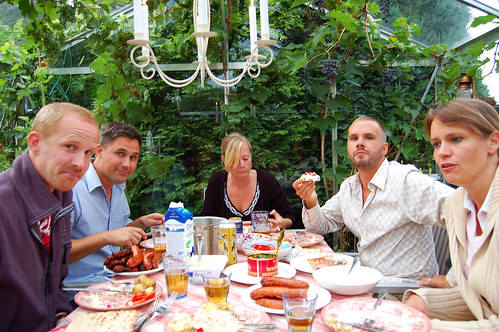 Surströmming in the greenhouse.

In 1978 and since then, every year the surströmming festival is hosted in the village of Alfta. There is even a museum dedicated to honouring surströmming, in Skeppsmaln (north of Sweden).This small locality is situated in Gävleborg County, the middle eastern side of Sweden which borders the Baltic Sea. A local ice rink in the village sets up a table covered in paper cloths. Festivity goers are served the fermented herring called surströmming, with potatoes, onions and tunnbröd. Tunnbröd is literally flat bread, which can be soft or crisp and made from various combinations of rye, barley and wheat.

One way to eat this unique Swedish food is to make a sandwich. The tunnbröd is spread with butter and then wrapped around or topped with mashed potato, the fermented herring and onions. Among some Swedes it is best to drink it down with milk.

The surströmming season is from late August to the end of September, yet it is possible to eat it throughout the year. Many people advise eating it outdoors, due to the strong odour.

Although surströmming is highly pungent and has a highly strong smell, it is gaining more attention. The actual odour of the surströmming is caused by bacteria that cause the smells of rotten egg, rancid butter, vinegar and pungency. Some airlines have banned the cans of surströmming on board as the can may be potentially dangerous due to the gases causing internal pressure in the tin.