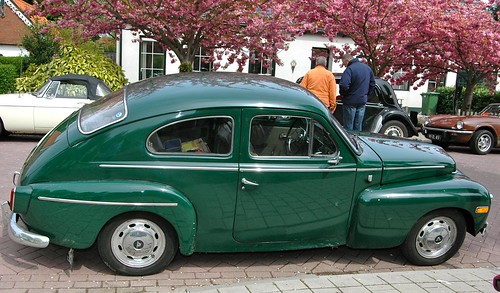 The automobile industry is a major player in national income, with about 85% of all Swedish made passenger automobiles being exported and about 95% of heavy vehicles sold outside in other countries. Volvo AB and Scania AB are known to be among the world’s largest truck manufacturing companies, and they are based in Sweden.

The history of the Swedish automobile industry has been peppered with merges, sometimes financial crises and foreign buyers. A number of automobile manufactures only survived for a short period of time, such as Allvelo, Hult Healey, UNO, Vabis, Self, Rengsjöbilen, Jösse Car and Kalmar.

The first automobile built in Sweden, was a steam car put together by two brothers known as Jöns and Anders Cederholm;1891 to 1892. This vehicle would soon be ruined in an automobile accident, yet it would inspire an even more efficient model to be built by the brothers. This automobile can still be viewed today, as it is preserved in a museum.

About 6 years later, in 1898, Gustaf Erikson built the first Swedish automobile with an internal combustion engine. In 1900, the first Swedish electric car would be built by Harald Håkansson. In 1902, a production line of automobiles and trucks had been started. In 1911, a company by the name of Scania-Vabis formed (a combination of two companies involved in automobile production), and would go bankrupt 10 years later and from then cease manufacture of passenger vehicles, yet rather focus on trucks and buses.

From the 1930s, Volvo and Scania-Vabis began exporting trucks, these exports increased significantly from the 1950s. Volvo and Saab, from the end of the 1950s, began to export their passenger vehicles, most notably to Britain and America.

Then in 1969, Scania-Vabis and Saab were joined to form Saab-Scania, with the truck manufacturing lines being sold under the Scania name.

After the 1973 oil crisis, Saab-Scania came close to merging with Volvo, yet it would be with General Motors that Saab-Scania would join, in 1989;known as Saab Automobile.

Volvo and Saab have had a long history of producing safe and reliable motor vehicles. In 1999, Volvo sold its passenger vehicle division (Volvo Cars) to the Ford Motor Company.

In 2008 to 2010 there was the automotive industry crisis. This crisis was part of the global financial dip and was linked to the 2003 to 2008 energy crisis when prices of automotive fuels increased. In Sweden, this led to Ford selling Volvo Cars in 2009 to the Chinese company known as the Zhejiang Geely Holding Group.

National Electric Vehicle Sweden (NVES) is a Japanese- Chinese company that bought Saab Automobile in 2012. NVES focuses on electric automobile manufacture. There are plans to build electric vehicles with Saab technologies. NVES has also gained the rights to lawfully utilise the Saab name, with future productions and services being marketed and sold under SAAB.