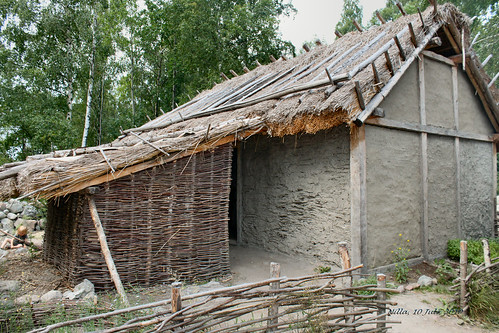 Birka, on the island of Björkö, was the hub of the wealthy area around Lake Mälaren during the Viking era. It was established as a trading post in the 8th century and became an important international port for visitors from near and far.

Since 1993, Birka has been classified as a UNESCO World Heritage Site, as it is one of the most complete and undisturbed surviving sites of a Viking trading settlement of the 8th-10th centuries AD. Birka is situated on an island named, Björkö. Björkö is an island on the Mälaren Lake and about 30km west of Stockholm.

Birka was an important trading site involving goods from Scandinavia, the Orient, central and eastern Europe. Birka has also been regarded as Sweden’s oldest town. The archaeological sites of Birka and Hovgården (which is on the neighbouring island of Adelsö) form an archaeological complex which shows the elaborate trading networks of the historic Viking Scandinavia and their effect on the subsequent history of Europe.

What is known as the Birka-Hovgården is a special well-preserved testimony to the wide-ranging trade network established by the Vikings during the two centuries of their great economic and political growth. Birka-Hovgården is an important archaeological complex and it reveals the elaborate trading networks of Viking Age Europe and Scandinavia and their influence on subsequent history.

As Birka existed on a small island, this protected the site from modern development and exploitation. There has been much conservation work in Birka since 1931, and its historic relevance makes it a well-known tourist site. 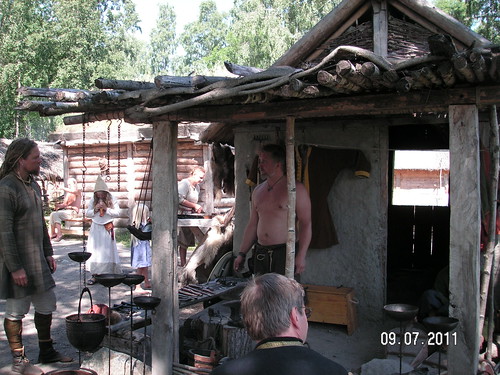 At one time in history, after being a great trading site;generally the people of Birka left, and the area was then mostly used for farming. Archaeological findings indicate that Birka began to lose its importance in the 970s or 98Os, which was a time when its role was taken over by Sigtuna. Occupation in Birka continued for a few decades. It is speculated or suggested that Birka was abandoned by 920.Digging in the area has given people a way to find out more about the Viking era life. Today there is generally not anything structured above the ground in Birka to reveal its history, since the town has been gone many years and looks mostly like a big lawn. This lawn is utilized as pasture for grazing sheep. Yet there are many graves that exist in Birka, although most are a mound of dirt.

A significant point of attraction is the huge cross from the late 1800s. The cross was placed in the middle of an ancient monument;this type of act would not be permitted in present times. The cross itself has become old enough to have been classed as another ancient monument. Originally the cross was placed there to celebrate the 1000 year anniversary of the priest Ansgar. Ansgar had come to Birka with the intention of brining the religion of Christianity to the people in Sweden. He worked quite hard at this yet did not have much success. However Birka is recorded as the site of the first Christian congregation in Sweden, founded in 831 by Ansgar.

There is a museum in Birka, with a model of what the town of Birka looked like (based on what has been quite thoroughly dug out by archaeologists). Sometimes there are displays of the times of the Vikings, such as people sleeping in a Viking style tent and baking bread using ingredients and methods from that era.