Sweden has placed an emphasis on human rights. Unlike in some other countries, homosexual and transgender citizens are welcomed to serve in the military service. From 1944, same sex relationships were declared legal. It was in the same year that the age of consent for sexual relations was stated as being 18.

The world’s oldest lesbian, gay, bisexual and transgender organisation began in Sweden in 1950. It is called The Swedish Federation for Lesbian, Gay, Bisexual and Transgender Rights (RFSL). It has a number of branches throughout the country. It not only supports education and support of gay rights nationally;but through working with other international organisations, it has had a recognisable effect.
Since 1972, it is legal to have transsexual changes;with surgery and free hormone therapy. There had to be some standards the applicant had to meet, such as being a Swedish citizen, over 18 years of age, unmarried, having lived as the new gender for 2 years and shown to have been sterilized. In 2007, the law was re-evaluated and then in 2013, the requirement of having to be sterilized to allow gender transformation medical procedures was omitted.

It was from 1995, same sex couples still could not legally marry yet they could from that year register as partnerships.

The law stated in 2003 that LGBT (lesbian, gay, bisexual, and transgender) parents have the same rights to adopt children, as do hetro-sexual couples.

For health precautions it is legal for all people to donate blood in Sweden, however for men who have sex with men there is an additional stipulation. The requirement is that such men must have refrained from any sexual intercourse for a year prior to donating blood.

Since 2005, lesbian couples have the right to be treated with assisted insemination at public hospitals. Gay marriages have been legal in Sweden since 2009. This country is considered among the leaders in promoting and supporting gay rights.

Several gay pride festivals are hosted annually in Sweden. The main one is the Stockholm Pride, hosted in the capital city since its inception in 1998. 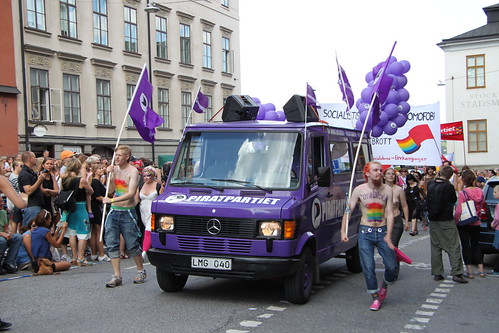 On the issue of gender equality, Sweden is often considered a world leader. In many countries, men are predominantly achievers of post-graduate and doctorate degrees;in Sweden there is an equal achievement between genders.

Since the year of 1921, all Swedish women have had the right to vote and run for office (serve in government politics).

In 1965, the law was amended to declare that it is illegal for rape in marriage.

Paternity, rather than maternity, leave was introduced from 1974. This enables fathers, mothers, adoptive parents and single parents to have the right to leave work and be paid on the grounds of having a baby.

Since the early 1980s, there has been a law that does not allow a woman to withdraw an official charge of alleged violence. This protects women from being threatened to withdraw charges after being violated.

From 1998, the Act of Violence against Women was initiated and reflects awareness of women’s rights.
To protect women against intrusive men, stalking and repeated harassment;this is recognised as on offence from 2011.

‘Hon’ is he and ‘han’ is she in Swedish;however it has become in vogue to use the word ‘hen’ as it is gender neutral.