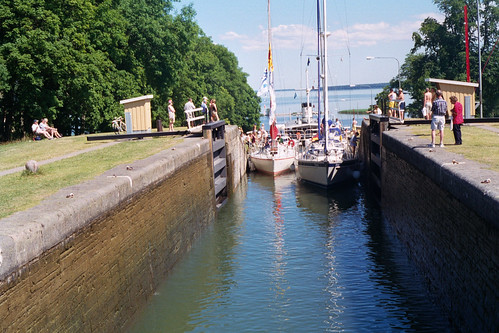 The Göta Canal extends from the Baltic Sea to Vanern Lake in southern Sweden. This canal joins the Trollhätte Canal, which extends from Lake Vanern to Göta älv River. The origins of having such a canal built are recorded as dating back to 1516. However it was only at the beginning of the 19th century that a man who was born in Germany and after having served in the Swedish navy put the idea into a project.

The name of this man was Baltzar von Platen, yet he did not live to see the opening of the canal for use in September 1832. At the time of this great project it was the most noteworthy civil engineering one done by Sweden. To support the success of its development, foreign expertise and equipment was bought over, especially from Britain. To this day the Göta Canal is recognised as one of the major construction projects completed by Sweden.

In 1810 the building began. After the effort of 58 000 workers, which were mainly soldiers, through a period of 22 years the canal was completed.

After the canal was built it was not ever considered a financial success. The beginning of rail transport in 1855 took greater precedence in transporting people and cargo. Also, unlike rail transport, this canal route had to close during five months of the year as the winters caused icing of the waterways. 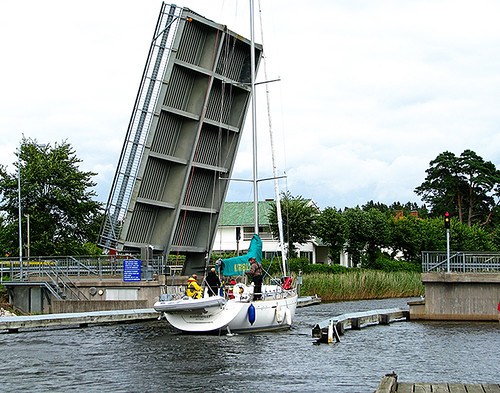 Today there are parts of the canal utilized for transporting cargo. Mainly the canal is a great tourist attraction. It is used as a recreational site as cruise ships use the waterway and other similar activities are done in the canal. There are different lengths of cruises that are offered along the canal. From May to August, it is usual to view traditional white boats float through the canal. One of these boats is known as Juno and known as one of the oldest floating through the canal, as it was built in 1874.

The Göta Canal is also known as the Blue Band of Sweden. It consists of 58 locks. Lock-keepers have the job of opening and closing the locks. The locks enable boats to make the transit through a waterway that has a difference of 92 meters. The actual length of this canal is 190km;it is still a spectacle for people to watch the opening of the lock gates.

As a boat enters a lock, this is a small space of waterway which is closed off by strong barrier gates;there is a raising or lowering of the waterway to allow a smooth and straight navigation to the next part of the waterway.

Along the canal route, in Motala, the Motala Verkstad Company opened a factory. This factory was opened with the intention to build or modify equipment needed for the canal. However this company would become known as one of the oldest engineering companies in Sweden. This is the company that built the 118 meters tall tower of Uppsala Cathedral. There is Göta Hotel, built in 1894, which provides accommodation and food to passers-by.

Two museums are dedicated to the canal, namely the Göta Canal Exhibition in Motala (which showcases the canal’s history) and the Sjötorp canal museum (which displays aspects of canal traffic).