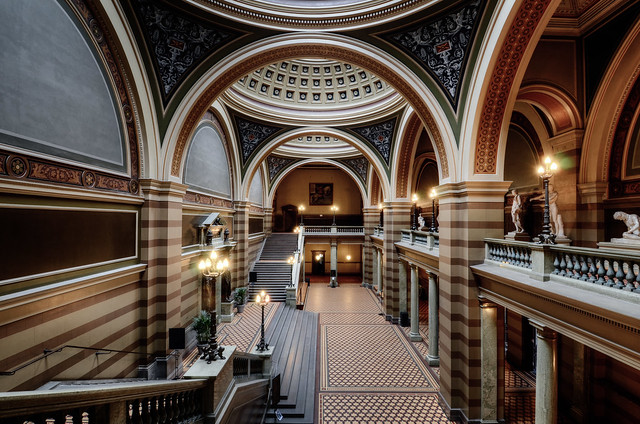 All educational matters from pre-school to adult education are placed under the Ministry of Education and Research. In Sweden there is a law, the Act for Equal Treatment of Students in Higher Education. This was issued in 2001 and states:Equal treatment should be granted regardless of sex, ethnic origin, religion, sexual orientation, disabilities.Harassment (from staff or students) and discrimination are to be prevented.An annual plan has to be issued by each university to actively promote equal treatment.Weak spots are to be found in cooperation with students. In case of reported harassment or discrimination (based on the student's feelings), there's an obligation to investigate and take measures.

There is an entitlement for all Swedish students to apply for economical support from the Swedish National Board of Student Aid. This is a government agency, under the Ministry of education and research. The student may apply for up to 12 semesters of allowances and loans.

The standard grading system of Swedish universities is:

The mandatory requirement before being admitted into higher education in Sweden is that the student has a minimum vocabulary and language skill in Swedish and English. There are a variety of programmes on offer in higher education:

There are two types of institutions offered for higher education:

•Universitet – These are universities which are research orientated. By studying through such an institution, a student can attain a bachelor, masters or doctorate degree. Nearly all universities began as university colleges and after some years were promoted to status and establishment on university. There are two exceptions, Uppsala University and Lund University were universities right from the beginning of their educational teachings.
•Högskola – This is literally translated as high school but its formal translation is university college. Sometimes universities of an older history in specialised fields such as in medicine may still be referred to as a högskola. Basically a university college is where students can study applied sciences. Such institutions may award doctorate degrees (PhDs) but only in limited ways (that is not in all academic fields). University is in many ways similar to a university, yet smaller.

The following is a list of universities in Sweden, from the oldest established to the youngest:

Statistics reveal that a higher percentage of women, compared to men, have post-graduate degrees.