Swedish homeopathy roots have been traced back to Uppsala University, when a professor by the name of Goran Wahlenberg began to study it in 1826. This professor would soon begin to mention it in his lectures yet is not recorded as having practised it.

Then Peter Jacob Liedbeck studied at Uppsala University and progressed to become a professor of anatomy. His interest in homeopathy was ignited by a lecture given by Professor Wahlenberg. He soon moved to Stockholm to study homeopathy completely and is even known to have travelled to meet Hahnemann (the father of homeopathy). 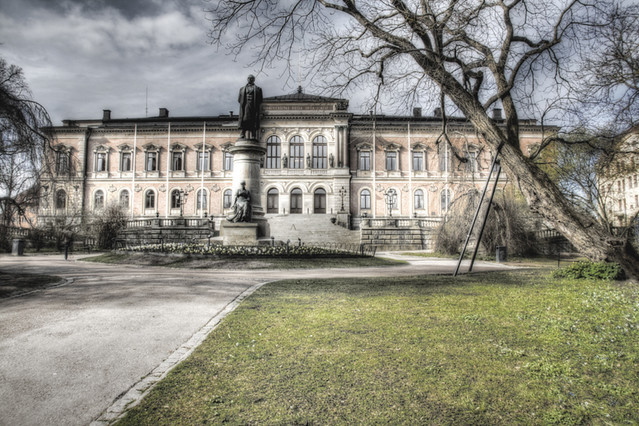 At the time in Swedish history, the medical profession was adamantly adverse to homeopathy. Peter lived to practice homeopathy for 30 years and to write important papers and literature on this form of medicine, especially being done in Sweden.

Carl Sundberg began as being anti-homeopathy. This man was a member of the Nobel committee and a professor and after he was cured of an illness by treatment with homeopathy he changed his view of this form of medicine. The homeopath who treated him was a female by the name of Klara Fransén. He too would begin to practice it.

Klara was a directress in a recreational home;she would encounter much resistance from the legal and medical profession. It was through Klara’s persistent literature and appeals to the law makers that homeopathic remedies were made more freely available. Klara seems to have been mostly self-taught through books, in 1916 she became a member of the Swedish Association for Scientific Homeopathy (started in 1915) and would leave a great deal of strong documentation of the success in homeopathy. The Swedish Association for Scientific Homeopathy changed its name to Homoeopatiens Seger in 1919 and to this day is still active.

The following are some historical dates in Swedish homeopathy:
•In 1919 the Government stated that homeopathic remedies could be sold without prescription.
•In 1944, 1952 and 1955 the Government did not successfully manage to outlaw the sale of homeopathic remedies.
•In 1941 and 1950 the Government was not successful to prevent lay homeopaths from practicing.
•In 1961 there is a law on the practice of homeopathy. This law states it is illegal for homeopaths to treat the following: child below age 8, a pregnant women, cancer, diabetes, epilepsy, HIV and infectious diseases.
There are some homeopathic schools in Sweden;
•Nordiska Akademi för Klassisk Homeopati (NAKH) began in 1986 and studies are over three year’s part time. All applicants must have a nurse’s level of medical training.
•Naturmedicinska Fackskolan (NMF) began in 1975, and studies take five years part-time or two years full-time.
•Nordiska Hahnemann Institutet (NHI) offers a course in homeopathy.
The number of homeopaths has increased gradually over the years. In 1911 there were 8 listed and one homeopathic pharmacy. The DCG Farmaceutiska AB pharmacy in Sweden is the major supplier of homeopathic remedies to Scandinavian regions. As of 2013, there are eight homeopathic pharmacies, several produce their own remedies. There are three main homeopathic organisations in Sweden, total of all members is 250 (yet a member may be joined to more than one organisation).
For many years it was illegal for a doctor to practice homeopathy in the country. However there has been a major court case involving a doctor and since 2011, Sweden is beginning to follow all other EU countries (except Slovenia) in accepting doctors utilizing homeopathy.