The main employer of law graduates in Sweden is the government. Relative to other countries the number of lawyers in private practice is low.

To become a lawyer in Sweden, one may study for a master of law degree for about 4 – 5 years. There are five law schools in Sweden;namely Uppsala University, Gothenburd University, Umeå University, Lund University and Stockholm University.

The Swedish Police Force enforces the law and daily administration is the duty of the National Police Board. The legislation of law enforcement is of concern of the Ministry of Justice, headed by the Minister of Justice (a cabinet minister who forms part of the government). 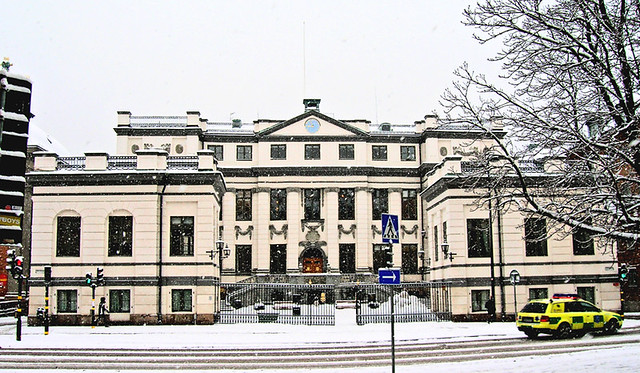 The main advisor to the government and Minister of Justice is the Chancellor of Justice.

To become a judge in Sweden takes time, firstly one must apply to the Ministry of Justice. It is known that of all the applications, only 30% are accepted by the Ministry of Justice. The ones who are accepted begin training as assistants and court clerks for about 2 years. They aspiring would be judges then must pass a test and if successful will be assigned to a district court. They may undergo completing many assignments for up to 8 years, the government decides on appointments and promotions to permanent positions. Generally an appellate judge will have a minimum of 20 years’ experience before being appointed with such title.

Prosecutors are basically lawyers employed by the Swedish Prosecution Authority and they direct the work of the police in cases with severe criminality. In criminal cases they have the right to make decisions on the arrest and charges on behalf of the public.

Advocates are graduates of law school, who have been admitted to the Swedish Bar Association and have practised law with merit for at least 5 years.

Sweden makes use of lay judges, which dates back to medieval times. The general criteria to be a lay judge is to be a Swedish citizen and under 70 years of age. A professional judge, court officer, prosecutor, policeman or policewoman, attorney and any professional involved in judicial proceedings may not qualify to be a lay judge. It is customary to find that lay judges tend be affluent, older and well educated and are usually local politicians. Lay judges for the district courts are appointed by municipal assemblies, while lay judges for appellate and county administrative are appointed by the county councils. Although lay judges sit beside professional judges in court, the lay judge does not decide any civil case. They lay judges are in the majority in district courts but in the minority in appellate courts.

The National Courts Administration is responsible for the daily administration of the courts. There are different types of courts in Sweden. Basically there are:
For criminal and civil cases - the general courts which are divided into the Supreme Court, 6 courts of appeal and 53 district courts.

There are also speciality courts, such as Migration Courts, Labour Court and the Market Court.
Then there are the District Courts where one may appeal decisions by authorities, such as the police.