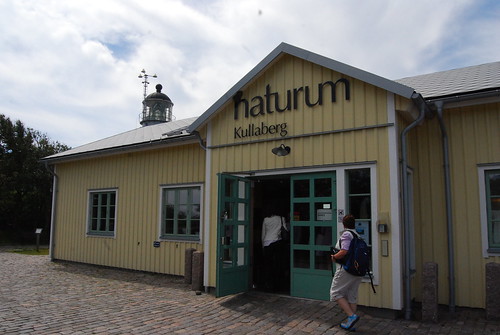 This nature reserve is located on a peninsula of land extending into the Kattegat Sea. It is within the Höganäs Municipality, near the town of Mölle (in southwest Sweden).

The main habitats of this reserve include the broadleaf deciduous forest and coniferous forest, a specialized cliff habitat and marine habitat including intertidal zone. There are various steep cliffs rising from the sea shore area. The highest point in the reserve is the 188 meters tall Mount Håkull. A great marine life of crustaceans, mussels, various fish, snails and sea urchins can be found in the clear sea waters. There is also a rocky shoreline which forms a natural environment for many tide pools that begin at the cliff bases. Freshwater marshes cover approximately 5% of the site.

The main broadleaf trees are elm, ash, birch, beech and oak in the reserve. A number of rare plants are present including keeled garlic and wild marjoram;the rare plant, grass pea or varvial also grows only within Sweden at Kullaberg;besides one other location.

A variety of pelagic birds as well as terrestrial birds thrive at Kullaberg. Various seabirds and sea duck, including Common Eider, Common Scoter, Velvet Scoter, Common Goldeneye, and Black Guillemot are among the bird species that can be observed here.

Archeological evidence shows that this area has been inhabited by humans since the Stone Age, as there are extant stone circles, grave mounds, ancient village remains and other archaeological features that can be found here.

The Kullaberg Nature Reserve is also the home of what has been considered to be the brightest lighthouse in the country, the Kullen lighthouse. It was designed by architect Magnus Dahlander in 1898, and can be seen at the westernmost point of the reserve, guiding ships through this busy part of the Kattegat Sea.

From the town of Mölle and a car park near the western tip of Kullaberg in the vicinity of the lighthouse, there is a paved road. Along this road there are several other car parking places and different trailheads leading to the numerous cliff paths and beach coves. Or hikers may access hiking trails from the town of Molle itself or take a small boat from the harbour in Molle. Within this 75 square kilometre reserve are extensive hiking paths that criss-cross the ridge and enable access to dozens of beach coves nestled at the bottom of the cliff formations.

There were some controversial wood sculptures, created by an artist Professor by the name of Lars Vilks in the Kullaberg Nature Reserve. These sculptures are known to first have been created from 1980 and are named Nimis. The Nimis were constructed from driftwood and placed in one of the cove areas. Some people consider this an artistic addition to the nature reserve, yet others consider it unappealing. This led to a legal dispute about the removal of these sculptures.

There is a Swedish family of Kullenberg;which has taken its name from Kullaberg, where the first known member of the family lived in the 16th century 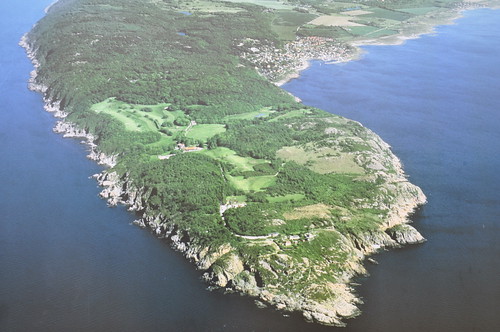