Of the about 96 000 Swedish lakes, there are a number of well-known ones and among them are the ten largest lakes:
Vänern (which is also the largest lake in the European Union) is measured as the third largest in Europe, behind two bigger ones in Russia. It extends through the provinces of Västergötland, Dalsland, and Värmland in the southwest of Sweden. Experts state that the lake was formed about 10 000 years ago.

In 2009 a Viking ship was found at the bottom of this lake. The average depth of the lake is 27 meters. Lake Vänern expands over an area of5,655 km2 and measures 106 meters in its maximum depth and ultimately drains into Göta älv (part of Göta Canal waterway which reaches the sea at Gothenburg, namely Kattegat Sea) to Lake Viken into Lake Vättern. The main tributary to this largest lake in Sweden, is the river Klarälven (a river which flows through Norway and Sweden).

Environmental studies do not show any decrease in water quality. There are measurements of increased nitrogen yet that has stabilized and increased algae levels have reduced the visibility.

Sport fishing is free and unregulated except for restrictions on the number of some types of fish caught per person daily. Commercial fishing requires permission from the relevant authorities. The numbers of the different species of fish does vary according to degrees of fishing, climate temperatures, water levels and water quality. The fish are a valued part of the industry of the cities and town around (bordering) the lake.

There are two sub groups of salmon uniquely native to the Vänern Lake, which are related to Baltic Sea salmon. These sub groups are unique in that they have not entered the sea and have developed in this lake for the last estimated 9000 years. The salmon in this lake are known to be large and weigh about 18 kilograms and the world record for the heaviest weighing lake salmon was caught from this lake.

Among its fresh water fish species, it also has trout, stickleback (the most important small fish in the lake) and white fish.

Different kinds of terns and gulls are commonly viewed around the lake. There are also sea eagles and cormorants.

This lake is also the country’s largest lake by volume of water, measuring at 153,000 million m³.

The following are the largest lakes in descending order:
2nd is Vättern
3rd is Mälaren lake
4th is Hjälmaren 477 km²
5th is Storsjön 456 km²
6th is Torneträsk 330 km²
7th is Siljan 292 km²
8th is Hornavan with a 262 km² surface area (Hornavan Lake is also Sweden’s deepest lake measuring 228 meters and is the fifth largest lake by volume in the country). This lake is situated in the northern region of Sweden, in Norrbotten County. This deepest lake has 400 islets. It has been utilized for water power and is a recognised source of drinkable water. Whitefish and trout are among the well-known inhabitants caught by fisherman in this lake.
9th is Akkajaure 260 km²
10th is Uddjaure 249 km²

Vättern is the second largest lake and ranked as the sixth largest in Europe. Experts have revealed that the lake formed about 10 000 years ago and was a minor bay of the Baltic ice lake.

It is located in south central Sweden in Götaland and is a long lake and referred to as finger shaped. Its surface area is measured at 1,912 km2 and average depth is 41 meters with a maximum depth of 128 meters. The drainage basin of this lake has also become the source of employment in the industries of agriculture, mining, manufacturing, forestry and paper. This lake drains into Motala ström (a river system) and flows through a regulated canal and ultimately reaches the Baltic Sea.

As the quality of the water is well regulated and of a high quality, (it is noted for excellent transparent water) it is a source of municipal water. The municipal water received from this lake is processed to a minor degree, and it is stated that anyone can drink directly from the lake due to its high quality. It is one of the largest bodies of drinkable water.

Vätternrundan is an annual cycling race that is done around the shores of the lake, covering 300km and recorded as having about 20 000 cyclists. 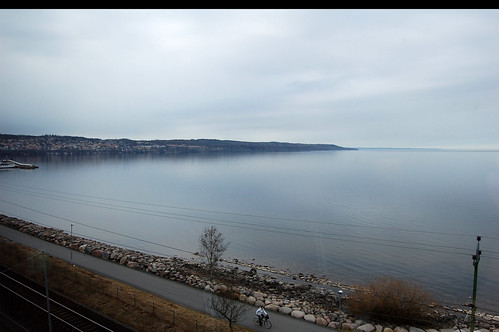 The surrounding towns do use the lake for their fishing industries and commercial fishing is part of the activity done in the lake. Anyone is welcome to fish here but use of nets are prohibited.

Lake Vättern surrounds one island, known as Visingsö. Various towns are on the border of the lake. The lake is the habitat of various plant life and fish with some species of fish known to have lived from many years ago.

This is also the second largest lake by the amount of water it consists of.

Mälaren is the third largest lake in Sweden with a surface area measuring 1,140 km². The average depth is 13 meters and the deepest is 64 meters. Riddarfjärden Bay in Stockholm is the most easterly bay of the lake. Lake Mälaren is situated in central Sweden, in the part known as Svealand.

The lake drains into Södertälje Canal, Hammarbyslussen, Karl Johanslussen and Norrström, and which ultimately reaches the Baltic Sea.

There is even an underwater hotel, called Utter Inn in Mälaren Lake. This lake is the fourth largest lake in the amount of water it consists of with a volume that is less than the volume of the Torneträsk Lake (17,100 mio m³ and the third largest lake by volume in Sweden).