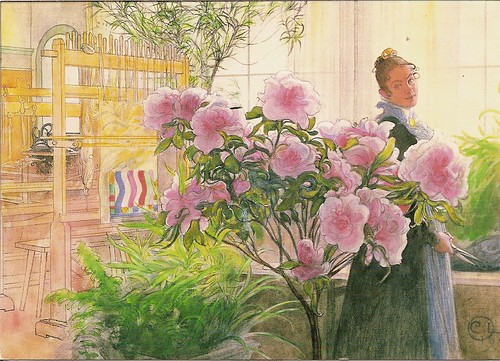 Sweden has produced many talented individuals, among the most noteworthy are the below mentioned artists.

From 1880 to 1900 is considered to be a 20 year period of great artistic output in Sweden. It is during that time that Anders Zorn was perhaps the most talented of all. This was a man acknowledged as a painter, sculptor and printmaker. His oil paintings are highly valued, depicting scenes of peasantry, landscapes and other scenes. Currently Andres paintings can be found in the White House in Washington, USA and in Musée d'Orsay in Paris. The National Museum of Fine Arts in Sweden is the home to some of his most highly regarded paintings. This artist is remembered as one of the best to have come from Sweden.

Another artist of this time was Carl Larrson, an interior designer and painter. He created the great wall mural painting in The Swedish National Museum of Fine Arts called ‘Midwinter Sacrifice’. Many of Carl’s paintings were depictions of his family, with his light and airy style.

Eugène Fredrik Jansson did many paintings as well and is best remembered for night scenes of landscapes, dominated in blue colours. Towards the end of his artistic creations the focus was on male nudes, generally from the navy bathhouse. There is some speculation that this artist was homosexual yet as that was considered illegal in those times, it may have been hidden. What we do know is that this painter was inspired by Vincent van Gogh, a world renowned great Dutch painter. 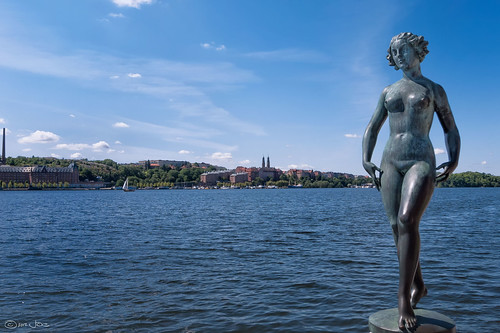 This statue called "The Dance" is by Carl Eldh and is on the shore of Lake Mälaren at Stockholm city hall.

Ernst Josephson would become known for inspiring the later period in Swedish art referred to as modernism. His paintings mainly reflected folk life. Despite being mentally ill due to contracting syphilis, Ernst still did great art work yet often in a trance like state.

The forerunner in the modernist art period was Johan Axel Gustaf Törneman. Johan is recognised as the first Swede to do work in expressionist art, as he adapted the more abstract style that became in vogue in France and Germany in the early 1900s. This artist is also regarded as the creator of some of Sweden’s best modernist ark works.

Among the modern famous Swedish artists is Carl Fredrik Reuterswärd and he may be considered the most well-known of his time. This is the man who created the bronze sculptor outside the United Nations headquarters in New York. This piece of artwork is titled ‘Non-violence’ and depicts a gun with its barrel ending in a knot, and is a tribute to John Lennon. This great sculpture can also be found in some Swedish cities, Berlin and Beijing.