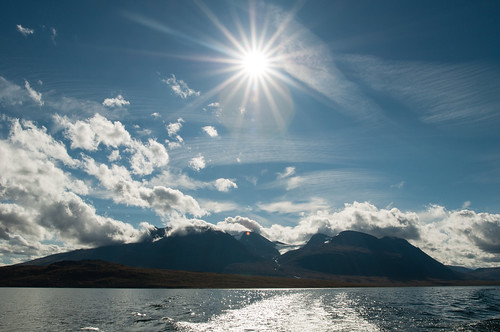 The Padjelanta National Park is located in Norrbotten County (the most northern section of Sweden). Measuring over a land space of 1984 km2, this is the biggest national park in the country. It is also special as if forms part of the Laponian Area and consequently is noted as being a UNESCO World Heritage Site. The Laponian Area was classed as a UNESCO World Heritage Site in 1996.

Padjelanta National Park was formed in 1962 and is governed by the Swedish Environmental Protection Agency (Naturvårdsverket).

There are three Sámi villages known as Duorbun, Jåhkågasska and Sirges. The Sami herders lead their reindeer to graze in Padjelanta in the summer, while using the traditional settlements of Stáloluokta, Árasluokta and Sállohávrre.

Generally the landscape is noted for being quite flat, with a wide plateau with rolling hills surrounding two significant large lakes. These lakes are known as Vastenjávrre and Virihávrre. The Virihávrre Lake has been often described as the most beautiful lake in the country. To the west of the park, it borders Norway. 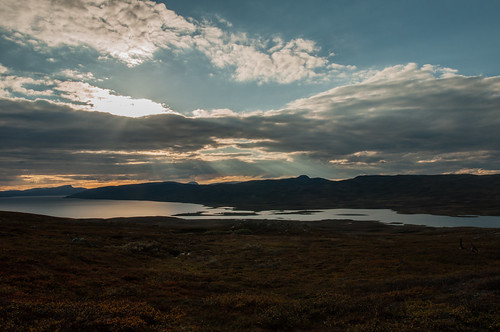 The weather in the region where the park is situated is dominated by forceful winds and bitterly cold winter. This has affected the tree life in the park. The Mountain Birch is the only tree that seems to have the fortitude and resilience to survive in this environment in any sufficient numbers to be significant. In the northeast of the park is a minor forest of Mountain Birch trees. Various plant species can be found and the Potentilla robbinsianais plant has only been found to exist in Padjelanta National Park. The high density chalk bedrock does support the plant life.

There are not that many mammals in the park, with limited species and population numbers. Lemmings and reindeer are in the majority as well as the wolverine and the arctic fox. The wolverine and arctic fox are predators of the lemmings and reindeer. The bird life is thriving, with various species including of ducks and sometimes on rare occasions the Snowy White Owl may be seen. Fish populations are also high in the lakes.

The Padjelanta Trail is about 160km long and is a summer trail as the winter snows cover all markings. There are sleeping cabins every ten to twenty kilometres along the trail. The tourist buildings in the park are managed by the Sámi villages, under the name Badjelánnda Laponia Turism (BLT). Some of the other cottages on the trail are conserved by the Swedish Tourist Association (STF). A sauna can be found in one section of the park, called Stáloluokta and during the tourist season visitors can also buy provisions there. There is also a major research station at Stáloluokta, which can be reached by plane from Ritsem or Vietas during the summer months. Helicopter tours are also available sometimes during the summer season.

The park can be reached via the Padjelanta hiking trail, from Ritsem in Stora Sjöfallet National Park to the north;from Ritsem there is boat transport across Lake Akkajaure to Änonjalme and Vaisaluokta.