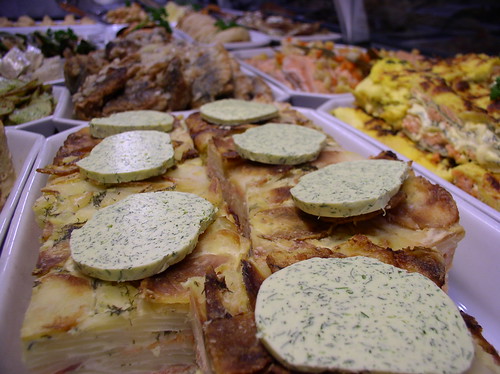 Some truly unique recipes may be found in Sweden, although many foreign cuisines have been incorporated into the national general diet.

As fish, such as salmon, has always had a long presence in the diet of Nordic people;the following is a recipe for laxpudding (salmon pudding). The recipe is derived from the traditional Swedish housewives who believed that a good dinner was a great base for the following day’s lunch. The ingredients may vary as this is a traditional house hold dish, which was generally eaten with melted butter. Lemon juice is another alternative, to add. 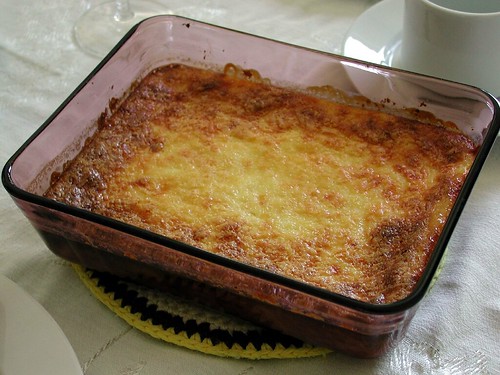 Boil the potatoes, and peel them once they have cooled. If desired, pre-soak the slices of salmon in milk or water for a few hours to draw out the salt. Peel and slice the onion. Sauté it in a little butter until it softens, without browning. Grease an ovenproof baking dish, cover the bottom with potato slices, spreading half the onions on top and then half the salmon and chopped dill. Cover with a new layer of potato slices, then the rest of the onion, salmon and dill. Finish with a layer of potato slices. Beat together milk, cream and eggs plus salt and pepper. Pour this mixture on top of the salmon pudding and finish with a few pats of butter. Bake in oven 200 C for 45–60 minutes, or until the pudding feels firm. Serve with melted butter.

Ostkaka is cheesecake in Swedish (ost meaning cheese and kaka meaning cake). Ostkaka is a well-known Swedish desert that is even celebrated, since 2004, on the 14 November as Ostkaka Day. There are two main varieties, from different regions of Sweden. The one derived from Småland is traditionally prepared and baked in a copper pot. When the desert is ready, everyone will take servings from the middle and leave aside the side portions along the pot as that may be where copper has leached into the food.