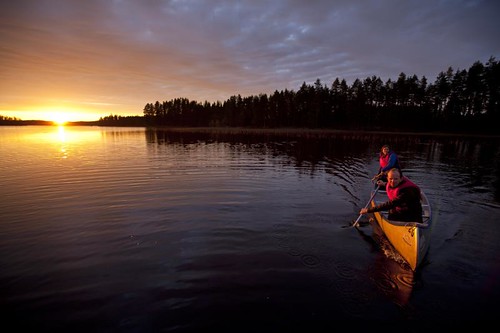 There are numerous rivers in Sweden. The rivers did provide key routes for trading and to this day the economy is supported through the fisheries from the rivers. With technology the rivers are natural major sources of eco-friendly energy. Many water related activities and sites are also enjoyed along the waterways. The following are some notable larger rivers.

•The Klarälven is a river beginning from Lake Rogen which then is flowing through Norway and Sweden and passes into Sweden’s largest lake, Vänern, from where it flows out known as Göta älv. As one waterway it is known as Göta älv-Klarälven, which is not only the longest river in Sweden but also in Scandinavia. The Göta älv ultimately reaches the Kattegat Sea.

Klarälven River is about 460km and accumulates much water before it reaches the Vänern Lake. Snowy mountains in the north melt in warmer seasons and cause more inflow into the river, to the extent that annual flooding is common. There are several hydropower plants in this river. The fishing of Atlantic salmon and brown trout done in the river has led to international recognition. Competition in the fisheries is high and during the high fishing season the price of a fishing license may be quite steep. 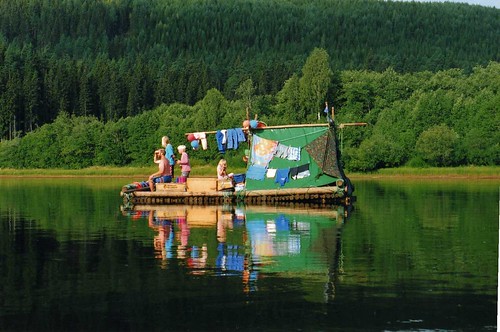 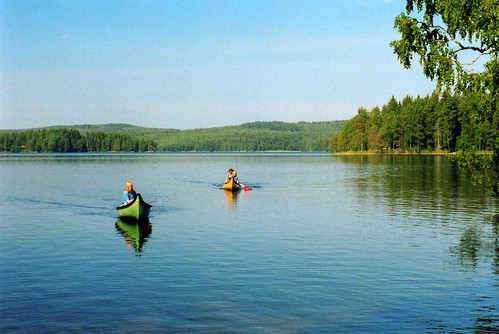 Canoeing and rafting is also done on some parts of the river.
From the 17th century to 1991, there was an industry known as log driving. This involved logs being transported along the river, by floating with the current. They would reach a floating fencing-like structure to hold the logs until loggers moved them out. The loggers had to identify the logs and direct the logs by use of hooks to their designated area. Logs would them be grouped according to their marks (used to identify them) and towed to their destination. It was a highly (sometimes fatal) risky job that required skill.

Göta älv River is about 93km and the risks of landslides are known to occur along the river. This river incorporates a dam, canal locks and a hydropower station. The river does divide into two and the northern part is named Nordre älv while the southern part remains Göta älv.

•The Dalälven or Dal River is the second longest river in Sweden, measuring 520km in length. For a while the northern part of the river splits and forms two rivers, namely Österdalälven and Västerdalälven. It has a significant hydropower potential of which 2/3 is utilized. It flows through central parts of the country from the north of Dalarna (a westerly province which borders Norway) to the Baltic Sea through northern Uppland (an eastern historically province that incorporates Uppsala County and Stockholm County and is just north of Stockholm).

• The 100km river system called Motala ström begins at Vättern Lake (the second largest lake of Sweden) to reach the city of Norrköping (on the east coast) and empties into the Baltic Sea.

•The Kolbäcksån is a 180km river that begins in the province of Dalarna (a westerly province bordering Norway) and flows into the Mälaren Lake. For about a 100km the Strömsholm Canal is known to follow this river.
•  The Emån River flows along 220km in southern Sweden to reach the Baltic Sea. As it is an easy navigable waterway, many canoeists row along it and it provides people with a near-by view of fauna and flora. Fishermen catch the river fish, especially the favoured trout.
•  The Indalsälven River is another long river measuring 400km in length. This river is rated as the third most power generating river in the country, with 26 hydropower plants along its path. Its main source is Åreälven (a 70km tributary river in Jämtland County) and its mouth is the Bothnian Sea, situated in Västernorrland County.

•  The Norrström is a 300km long river which links Lake Mälaren with the Baltic Sea, and it passes through central Stockholm. It has two islands in its path, namely Strömsborg and Helgeandsholmen. Generally the current flow is from west to east, as the water level is often higher in Lake Mälaren than that of the Baltic Sea. The waters are not easily navigable for normal traffic and it has become a waterway that white water kayakers use for practice. It is a popular fishing source, with various species of fish such as sea trout and salmon.
•  The Pite River measures 400km and flows through Norrbotten County. It begins in the eastern lakes in Sweden and ends when it flows to the west coast into the Gulf of Bothnia. In the County of Norrbotten there is a well-known waterfall known as the Storforsen waterfall and this does attract many tourists. It is the biggest waterfall along the Pite River.
•   The Ljungan is a 350km river that begins at the Norwegian border and crosses through the Jämtland and Västernorrland Counties. As with other national rivers, this one is also the site of hydropower plants.
•  The Kalix River is another major river of Sweden, in the county of Norrbotten. This 450km river flows up a mountain range, namely the Kebnekaise mountain range and ultimately reaches the Gulf of Bothnia. It has not been utilized for water power construction.
•    The Lule measuring 450km is another one of Sweden’s major rivers. It begins in northern Sweden, and flows southeast until it reaches the Gulf of Bothnia. This river is a valuable source of hydroelectric power. There are several major rapids along the river.
•  Torne or Tornio River is a 510km river with half of its length creating the border with Finland. It begins in the Thorne Lake (near the border of Norway) and flows in a south eastern direction until it reaches the Gulf of Bothnia. This largest river of Norrbotten County also has parts in Norway and Finland. There are bridges crossing this river to connect Finland and Sweden for travellers. Another river which also forms the national border between Finland and Sweden is, Muonio River (a river that is a tributary of the Torne River and these two rivers combined mark the border between Finland and Sweden).
•   Svartån is a name covering various Swedish streams and rivers. Therefore a variety of different rivers and streams at different locations may be referred to as Svartån.