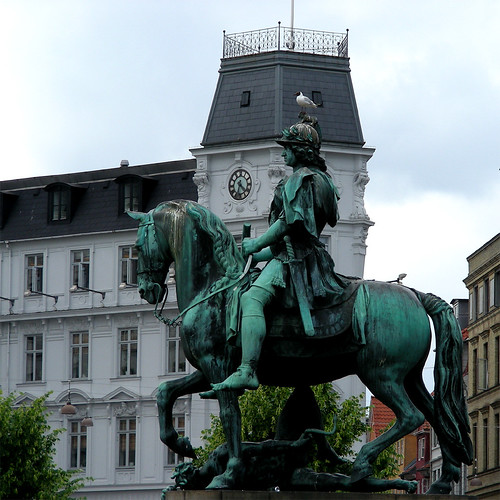 This was a war that left both sides without much gain;however it all began in 1675 and ended in 1679. The build up to the war can be traced back to the 1660s and beginning of 1670s when the Sweden had a great financial dip, despite being an empire at the time.

The then king of Sweden, Charles XI, decided to form alliance to gain financial aid. The country of Sweden (along with the Netherlands and England) became part of the anti-Triple French Alliance. This soon broke up and Sweden aligned with France. Due to the French finances, the Swedish army grew substantially and the French threatened discontinuing all finances if Sweden did not use the strong Swedish armed force against French enemies.

Sweden was about to endure a war fought near the border of Sweden and the southernmost province of Sweden which is now Scania. The battle (insisted on with French urging) resulted in the Swedes losing and took place in Brandenburg (at that time the second most powerful German state). This loss by the Swedes, spurred on the then king of Denmark, Christian V, to declare war on Sweden to reclaim former lands (then under Swedish rule). After the loss of this battle, Sweden’s armed forces on the continent, especially Germany began to fall away.

Danish invasion of Sweden was quite swift through Scania and the local peasantry sided with the Danes. At the same time Norway was having battles with the Swedes along their borderlines. There would continue to be this on-going retreat and attack by the Norwegians and Danish.

The war extended to battle on the seas. On June 1676, the Battle of Öland led to the sinking of one of the largest naval vessels at the time. This vessel belonged to the Swedes;and the Dutch and Danish took the role of victors and the prize of controlling the Baltic Sea.

Although the presence of the Swedes had dwindled, there was still a significant amount of troops there on the continent. During the war, Sweden needed the troops to support the defence against the enemies and set up sailing off from northern Germany. However the Danes were quite successful in blocking the sea ways. Battle of Køge bay, near Copenhagen was between a Danish and Swedish fleet. This battle led to the deaths of 3000 Swedes, yet only about 375 Danes and ensured the Danes victory once again on the sea front.

On August 1679, a peace agreement under the Treaty of Fontainebleau was negotiated between the French (who acted on behalf of the Swedes) and Danes. This treaty gave back Sweden all lost conquests it suffered during the war and the Danes gained a worthless indemnity. The Treaty of Lund would also be signed between the Norwegians and Danes on one side and the Swedes on the other side. Sweden acquired back Scania and the pro Danish guerrilla group there which had sided with the invading Danish forces, did have to face repercussions for their betrayal of patriotism for Sweden.
The war also led to the marriage of the Swedish king Charles XI and the sister of the Danish King Christian V, who was Princess Ulrike Eleonora. This was to further bridge the peace agreements.