There are a variety of celebratory and important events that occur in the season of Spring in Sweden. Among the noteworthy special occasions, are the Stockholm International Boat Show, Gothenburg Jazz Festival and the Start of the Salmon Fishing Season, then there are also the two major celebrations:

•The Vasa Ski Race – began in 1922 and has since then become the longest and oldest ski race in the world. The number of annual competetiers in this race has increased to over 14 000. The race is done on the first Sunday in the month of March. Along the skiing route, skiers are fed blueberry soup and offered first aid treatment such as blister plasters. Some skiers only ski along half the route and then end. Others may finish the whole route in about ten hours, while winners usually reach the finish line in just over 4 hours. The quickest time recorded in finishing the race has been in less than 4 hours. 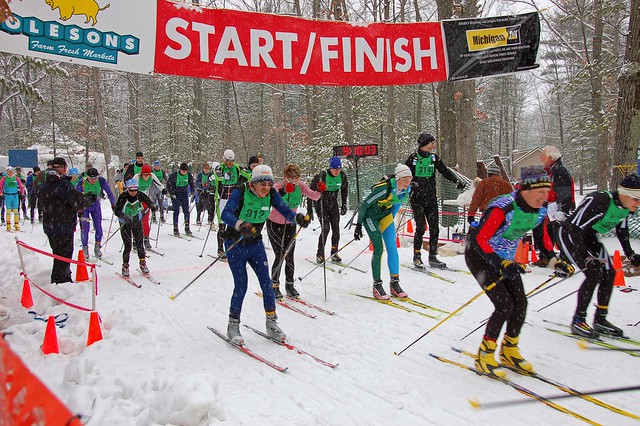 The Vasaloppet 90km ski race route begins in the village of Sälen and ends in the town of Mora. The race occurs within Dalarna County, which is situated in the middle of Sweden and borders Norway. There are several races that are competed in during the week prior to Vasaloppet. They include the one for ladies, ages 9 to 16 and other general race lengths. The Vasa Ski Race is a long distance cross country ski race, that was initially inspired by King Gustav Vasa (to a time before his appointment as king and when he skied in the opposite direction and was followed by two skiers).

•Walpurgis Night – celebrated on the 30 April with bonfires being lit up from sunset. These bonfires have been lit up at this time of the year since the 18th century. It was at the time of the Middle Ages that the administrative year ended on the 30 April and this was cause for great celebration for merchants and craftsmen with dancing. During current times, the 30 April is when students can be relieved that exams are over and just the occasional lecture is in the near future before the close of learning institutions. Choir singing is a major part of the festivities. 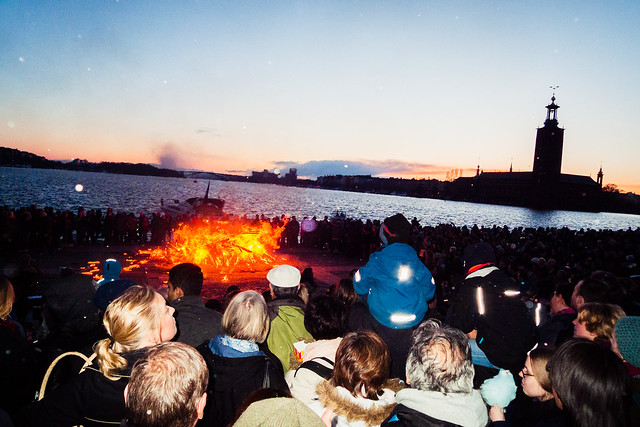 Fire seen from Riddarholmen in Stockholm during The Walpurgis Night.

Local groups often organise the festivities for this public event. As the following day, 1 May, is a public holiday (with many parades) many people enjoy socialising at pubs, restaurants and parties late into the night. The eve of Walpurgis is a symbol of freedom for many Swedish students and it is customary for them to wear their white caps. This night is all about heralding and welcoming the season of Spring. Choir songs are mainly on spring and in Sweden celebrating seasonal changes is an inherent part of the national culture. The most profound traditional celebrations are conducted in the old university cities, such as Lund and Uppsala. Skansen (an open air museum in Stockholm) is the site of one of the biggest Walpurgis festivities.