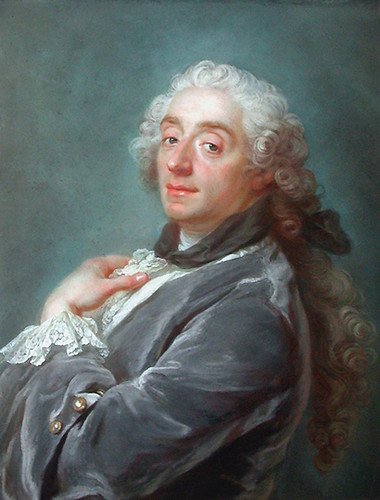 Gustaf Lundberg was a Swedish rococo pastelist and portrait painter, working in Paris and later in Stockholm.

The art production from Sweden has a long and developed history. Swedish art has been greatly influenced by various other countries and to this day art work is a thriving part of the national culture.

The beginning of art work has been traced to the period after the ice age. Petroglyphs (incisions in rock to create drawings, images or markings) have been dated from 7000 BC and Sweden lays claim to some of the biggest collections of this prehistoric art form.

From 200 AD to 1130 there was a profound output of rune stones. An original rune stone is a raised rock, bedrock or boulder with a detailed inscription. The inscriptions are in the runic alphabet. Rune stones are unique to Nordic countries and Sweden is recognised as having been the site of the greatest number of created rune stones.

Roman architecture style spread across Europe from 1000 AD to about the 13th century. Romanesque art had associations with Roman designs. Europe was a great creator of gothic art and it was this art form that was absorbed by Swedish artists from the second half of the 13th century.

Gothic art began in France and is recognised as a medieval art. Paintings in the gothic style were more animated in facial expressions and body expression. Great sculpture work with a predominance of yellow stained glass windows in cathedrals and impressive buildings began to be developed.

In the late 15th century paintings tended to be themed on religion (Christianity) and mythical matters. During the Vasa period from the first half of the early 1500s, paintings of princes became in vogue. Many of these royal portraits were created by foreign artists. A talented local Swedish painter of that time was Urban Larrson.

From the 17th to early 18th century, architecture was influenced by the foreign working architects creating impressive buildings of mansions, castles and churches.

For a period of time peasantry inspired painting become dominant and it was preceded by Rococo and Gustavian periods of art. Rococo art began in the 18th century within France and was characterised by playful creamy and pastel coloured creations. For a few decades from the middle of the 19th century, paintings of nature became in fashion. From 1880 to 1900 there was great talented paintings by some of Sweden’s most gifted artists. Art work from this period produced the painting titled ‘Midsummer Dance’ which shows two dancers in the evening light during a Midsummer Eve celebration, created in 1897 by Andres Zorn.

Modernistic art, which began from the early 1900s incorporated a more modernised style. Sometime from the late 1800s to early 1900s there was an increase in female artists. After World War II there was a great noticeable expansion in artistic creations from various artists. Consequently artistic organisations were formed to support all this creative talent.
Sweden has also produced high quality glassware for ornamental or daily use. Craftsmanship in glass and wood has been strongly associated with Sweden for many years.

Modern paintings in Sweden are more influenced by other outside factors, than perhaps before yet it is still considered a special field with dedicated art schools for aspiring artists.