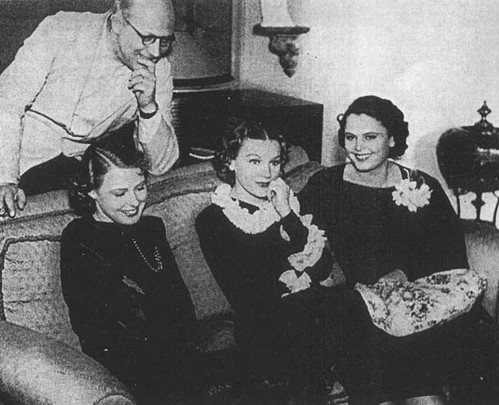 Scandinavian cinema production was predominated by Sweden in the 20th century. The early well known films from Sweden had talented Swedish directors, such as the director Ingmar Bergman, Victor Sjöström, and more recently Lasse Hallström and Lukas Moodysson.

In the first half of the 1900s, Sweden produced some significantly highly regarded silent films. Two highly skilled directors and considered the best in Sweden moved to North America for a period of time to work for MGM (Metro-Goldwyn-Mayer Studios Inc, that is an American media company that produces and distributes films and television shows). From the beginning of the 1930s the first talking films were produced.

At the time of World War II, two directors that contributed to well made films in Sweden were Gustaf Molander and Alf Sjöberg.

It was post World War II, in which the most highly regarded film maker in Sweden began to have an effect on Swedish films, and his name was Ingmar Bergman. This Swedish filmmaker has won international acclaim and recognition in the field of cinema entertainment. Ingmar, a three time Academy Award winner, made films that focused on dark issues of insanity, death and illness in bleak landscape settings for film sites.

Another well-known Swedish filmmaker was Vilgot Sjöman. Vilgot is acknowledged as having bought Swedish film to prominence by producing films with explicit sexuality. Indeed the controversy around this man’s films from the 1960s lead to Sweden being linked as being liberal to sexuality. It was the film titled ‘I Am Curious (Yellow)’ that may have been his most prominent in arising publicty.

From the year 1963, the Swedish Film Institute supports filmmakers and provides grants for the making of films and promotes nationally produced films. The rate of released films from Sweden is about the same as compared from other northern European countries.

Since 1964, the Swedish Film Institute has awarded the annual official Swedish film awards – the Guldbagge Awards.

Stefan Jarl's and Jan Lindqvist produced the well acclaimed documentary called, ‘They Call Us Misfits’.
Then there also was Bo Widerberg, who made some noteworthy films that lead to being three times nominated for Best Foreign-Language Film by the Academy Award.

Some well-known Swedish films include, ‘My Life as a Dog’, ‘A Swedish Love Story’ and ‘Let the Right One In’.

About half of the full-length films produced in Sweden are made in a film studio called Film i Väst. This film studio is based in Trollywood. Trollywood is a film production facility located in Trollhättan Municipality (western part of Sweden).

Swedish films are considered to be honest portrayals of life, including issues that other filmmakers may find upsetting. Many of the films that have been made are thought provoking. Sweden has also produced high quality documentaries that feature topics that are controversial and on mundane or usual topics. There are a number of acclaimed film makers and documentary makers from Sweden that can produce a variety of entertainment that incorporates drama, controversial issues and comedy.

The current Swedish Film Agreement stipulates that all Swedish cinema can be funded by the government, film industry and television companies. The film industry is growing and the trend seems to be from art to a higher focus on ma instream cinema.