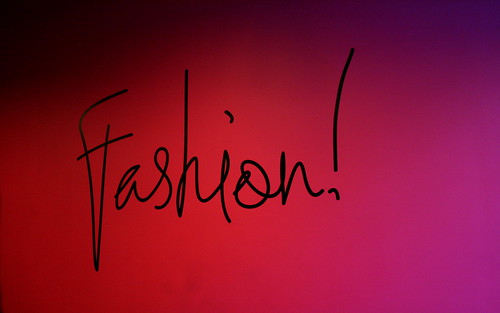 Swedish fashion has become internationally well-known due to some famous in house brand names. Generally the brands that have focused on jeans have achieved great success as Swedes seem to favour jeans wear. Overall simple designs are often associated with Swedish fashion and there is a growing consciousness on environmentally friendly trends. Consequently sustainable fashion has emerged in Sweden.

Among the many Swedish designers that are focusing on this are some of the top, such as Gudrun Sjödén. Gudrun is a highly successful designer and in 2004 was named ‘Entrepreneur of the Year’ in Stockholm. The labels that are being produced are made from natural fibres and designed to be worn many times over and to have practical appeal.

Anna Holtblad is considered a leader in fashion design and to this day her labels are popular. Her labels are designed with sustainable fashion in mind and simplicity. Her knitted products have received much acclaim. Today many of her stylish fashion designs can be bought through her shop in Stockholm or through other retail stores in North America, Europe and Japan.

There has been one famous fashion designer in the 1990s, who not only made a statement in style but also did in coming out as the first Swedish celebrity to admit he had AIDS. This was Sighsten Herrgård.
The trends in Sweden are generally practical and functional with more distinction on style rather than luxury. Generally Swedish designers are able to venture into unique ideas while having strong morals and principles which are reflected in their creations.

Although Sweden is influenced by global trends, this Scandinavian country still celebrates and practises individualism in fashion wear.

•Flippa K – a leading fashion brand which began in 1993. Their core values are style, simplicity and value. Minimalist urban elegance is a trend that pervades through the collections.
•Nudie Jeans – a recent brand that originated in Gothenburg in 2001. The focus is on prewashed jeans;all jeans are made in Italy. Over recent years their brand has extended to many other accessories and Nudie Jeans products can be found in various countries across the world. The aim of this company is to utilise cotton as much as is viable for their brand.
•Cheap Monday – this clothing label was founded in the year 2000 when Örjan Andersson and Adam Friberg began a second hand clothing store in Stockholm. The design of this label is highly individualistic and the focus was mainly on jeans (slim jeans with an unwashed look), yet has since expanded to flannels, shirts and sneakers. The logo of this brand has a skull and the popularity of Cheap Monday has grown to the extent that this brand can be bought from Barneys in New York. H&M (a major retail Swedish clothing store) has gained ownership over Cheap Monday.
•Acne Studios – this company began in 1996 in Stockholm. A year later Jonny Johansson (a co-founder of the company) designed and made 100 pairs of raw denim jeans with red stitching. These novel items were distributed to local friends and family. Soon the company was marketing, designing and distributing fashion products and especially jeans across the world. Their marketing is specialised by not relying on traditional advertising platforms, yet rather through its bi-annual magazine called Acne Paper. Acne is an acronym for Ambition to Create Novel Expression.