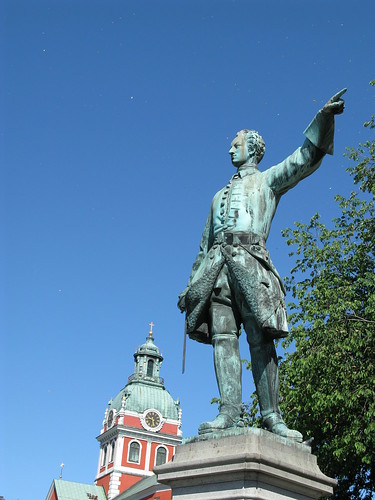 The national day of Sweden is the 6th June as this was the day that King Gustav Vasa I was crowned. This king was responsible for bringing about the reformation of Sweden during his 37 year of rulership. The Protestant Reformation began, the church was nationalised and power was restored to the Swedish King with a hierarchy system of royalty.

The Lutheran Protestant Church was under direct control of the King and all church possessions belonged to the King.

Sweden wanted to have power over the Baltic Sea and this ensured that many wars were fought with Denmark from 1560. There was a long war known as the Thirty Years War and when Sweden joined in to aid the German Protestants, King Gustav Adolf II became a success. Sweden also defeated Denmark in the two wars during1643–1645 and 1657–1658.

Sweden took control of Finland provinces in northern Germany and the presently named Baltic republics. Soon there was the Peace of Westphalia in 1648 and the Peace of Roskilde with Denmark in 1658 that led to Sweden being a powerful country. For a short period Sweden even ruled a far off colony in Delaware (North America) in this period of time

Age of Liberty to Industrialization
However Sweden was defeated in the Great Northern War during1700–1721 by the combined forces of Denmark, Poland and Russia. Sweden lost much of its gained territory and was left with the land of present day Sweden and Finland. The Napoleonic Wars resulted in Sweden handing over Finland to Russia and as compensation Sweden was given Norway. This union led to many disagreements and in 1905 it was peacefully broken up when King Oscar II (1829-1907) had to acknowledge Norway as a separate country.

By the end of the 17th century, Olof Rudbeck (of Sweden) received much acclaim for his medical work and for discovering the lymphatic system. Sweden had a great empire from the 17th to early 18th century.

The warrior King Karl XII died in 1718, after that time and being defeated in the Great Northern War;the Swedish parliament (Riksdag) and council bought about a new constitution. This constitution ended royal absolutism and gave parliament the power.

Many people left Sweden in the following years, and mainly to North America. It was from the mid-19th century to 1930 that records show that about 1.5 million Swedes emigrated, out of a population of 3.5 million in 1850 and slightly more than 6 million in 1930.

Industry only began in the 1890s and then it boomed from 1900 to 1930 to place Sweden as one of Europe’s leading industrial nations after World War II.

The link of the Göta Canal, which was made in 1832 between the west and east coast also enhanced the industry period. As Sweden became an industrial society, to support workers trade unions were formed and the foundation of the Social Democratic Labour Party (Social Democrats for short), occurred in 1889.