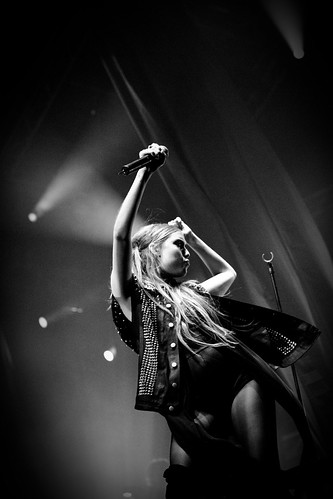 Every year Sweden holds various types of music festivals. These festivals are generally held during the summer months, when the days are longer and warmer. As music is such a major part of the country, music festivals tend to grow in size. There have been some festivals though that have not been as successful and although they thrived for a number of years they did come to an end ultimately;such as the Arvika Festival. The following are some significant festivals among many great festivals in the country.

Sweden Rock Festival is held every year to celebrate heavy metal, hard rock and blues rock. Yet there have been performers in the festival that have played different types of metal and rock, such as southern metal and death metal. This festival has been hosted in various areas, since 1992. A common location of the festival since 1998, has been Norje (a small locality on the southern coast of Sweden). The first festival began as one day and has grown to a four day festival to accommodate the performances and support for such music by the audience. Some famous bands that play such music and that have participated in this festival are;Rush, Kiss, Europe, Deep Purple, Thin Lizzy and Alice Cooper.

Peace &Love Festival known to be the largest festival in Sweden, with its expression of solidarity, diversity and understanding. An organisation, that is known to be involved in other projects, began this festival 1n 1999. The festival is hosted in the small city called Borlänge, in Dalarna County. This festival promotes tolerance and acceptance of foreign and local cultures, while supporting a change of attitudes. Each year there is a theme, such as ‘Freedom of Speech’, ‘Environment’ and ‘Time for Peace’. Since its inceiption, the festival has steadily grown through the years and is currently considered one of Scandinavia’s fastest expanding festivals. In the year of 2009, during the annual June hosting of the Peace &Love Festival, the number of sold tickets was the start of its record as the largest Swedish festival. Some noteworthy performers that have taken part to entertain audiences of the festival include, Sex Psitols, Teddybears, The Wombats, Keane, Bob Dylan, Rihanna, Roxette and Lily Allen. 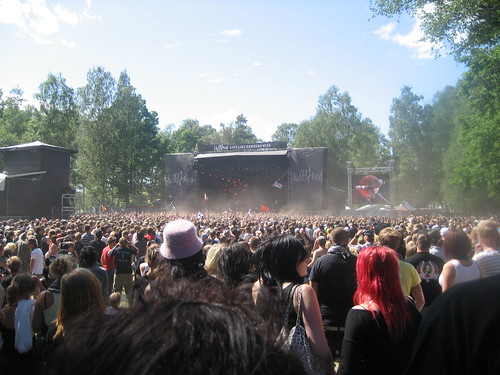 Stockholm Jazz Festival is one of the oldest festivals in the country, known to have begun in 1980 during the summer season celebrated at various venues in the capital city. Nearly all well regarded jazz musicians have performed in the festival. Some famous jazz performers affiliated with the festival are Count Basie, BB King, Stan Getz, Dizzy Gillespie, and Miriam Makeba. Various styles of jazz are played and there have been attempts at having the longest jam, over several days, known as the Stockholm Jazzathon.

Hultsfred Festival hosted in Hultsfred within the Kalmar County, is known to have begun in 1986. Its history includes the festival being hosted for three days during June or July from a Thursday to Saturday. A variety of genres such as rock, metal, pop and alternative music are played on the five different stages. There is a new festival association that has been planned to take over, as it went bankrupt in 2010 and was not held that year.

Sweden is also active in festivals jointly with other countries, such as the Nordic Music Days festival. It began in 1888 and is the world’s oldest and most respected music festivals for contemporary classical music. The following are some noteworthy music festivals held in Sweden.

Norberg Festival is rated as the largest electronic music festival in Scandinavia. The festival, since it began in 1999, is hosted in Norberg (a locality in about the middle of Sweden), in an old mine (that in the past extracted iron). It is during the summer month of July that the festival is on. The festival has an audience for electronic and experimental music performed on five stages. Currently this festival hosts between 60 and 90 performers.

Uppsala Reggae Festival has been performed during the summer since 2001. It is rated as the largest reggae festival in Sweden and as the only festival primarily focused on reggae music in Scandinavia. What began as a one day festival has expanded to a three day festival and it is hosted in the city of Uppsala. This festival has gained international acclaim and attracted many talented famous reggae musicians.

Way Out West Festival is hosted in the city of Gothenburg. It is at Slottsskogen Park (a major park in central Gothenburg) that the main daily festival is hosted. Various genres of music are played at the festival;namely Rock, Alternative rock, Indie rock, Electronic music, Hip-hop and World music. Every year during the second weekend of August, over a period of three days the festival is hosted. Art exhibitions and cinema films are also incorporated into this festival. Way Out West is proudly promoting being environmental conscious. To value this festival, it has been the recipient of national and international awards. MTV O Music Awards has awarded the Way Out West Festival as the Most Innovative Festival. 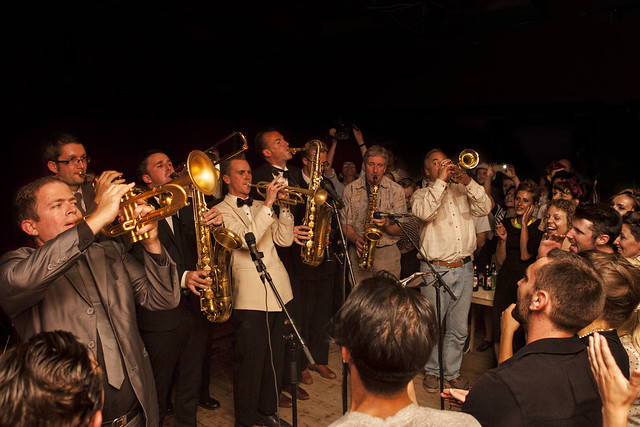 Herräng Dance Camp is held every year in the small western coast town of Herräng. During the summer the population of this town is greatly increased, with the long stretches of dancing by dancers that are done over a period of weeks. This festival is regarded as the largest annual dance camp. The focus is on African American jazz and generally the dates are from late June to late July (over 4 to 5 weeks). Participants in the festival are international and local and include dance instructors and numerous talented dancers. There have been decades of Herräng Dance Camps since it began in 1982.
Metaltown Festival is performed in the city of Gothenburg. The festival began in 2004 and has heavy metal music bands playing. Over the years the festival has grown in numbers.

Umeå Jazz Festival is another well-known festival celebrating jazz music, which is hosted in Umeå. Umeå is a city on the west coast on the Gulf of Bothnia, and the capital of Västerbotten County. Since 1968 this festival is held in late October or early November. International and local performers tend to have the main focus on modern jazz and improvising jazz.