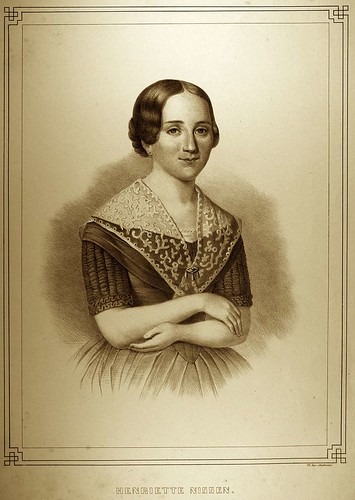 There are many noted Swedish theoretical performers;the following are some notable opera singers among many that have been well-remembered for their contribution to the entertainment industry.

•Håkan Hagegård , born in Karlstad on 25 November 1945 is a famous operatic baritone. Håkan has performed on various stages around the world, including Carnegie Hall, the London Royal Opera House, La Scala, the Metropolitan Opera, the Sydney Opera House, the Deutsche Oper Berlin, the Vienna State Opera and the Royal Swedish Opera in Stockholm.

•Julie Mathilda Berwald, born in Stockholm on 14 October 1822 and died on the 1 January 1877. Julie was a highly regarded concert and opera singer and was taught to sing by her mother and comes from a musical family. Remembered as one of the greatest Swedish opera singers, Julie was contracted as a ‘premier actress’ and later known to have married Baron Georg Gustaf Knut Åkerhielm in 1852.

•Birgit Finnilä was born in Falkenburg on 20 January 1931. Birgit would become a well-known contralto and opera singer. Her early years include studying at the Royal Academy of Music in London.

•Henriette Nissen-Saloman was born in Gothenburg on 18 January 1819. Henriette learnt from different teachers and while in France she learnt the piano from Frédéric Chopin (one of the greatest romantic piano composers). In 1850 she married a Danish composer. Her career involves touring Europe, being employed by a highly regarded opera house in St Petersburg, Russia and being an instructor there, until six years before her death on 27 August 1879.

In 1943, Hjördis was awarded the title of Hovsångerska (Count singer) as she had become a distinguished performer. Her and her sisters often sang together when they were young. By 16 years of age, she already had her own radio station.

After singing in North America and various other countries, this singer began to teach others at the Royal College of Music after her retirement.

•Marie (Maria) Friberg was born in 1852 and died in 1934. This opera singer is also remembered for her affair with King Oscar II of Sweden. There are allegations that she had two sons from that king. She also had two marriages.

•Busk Margit Jonsson born on 10 September 1929 and in 1975 was awarded the highly acclaimed "Jussi Björling scholarship". This soprano opera singer has had two marriages.

•Folke Henry Jonsso born in Ängelholm (in the south west of the country, in Skåne County) on the 9 June 1904 and died on 7 December 1981. His granddaughter, Ulrika Jonsson, has become a television presenter. His is known for his performances as an opera singer and leading bass singer. Folke also acted as a priest once in a film, with the cast including Ingmar Bergman and titled The Magic Flute (Trollflöjten).

• Gertrud Pålson-Wettergren, was born on 17 February 1897 and is recorded as having 29 performances. After successful singing performances, including at the BBC, she died on the 26 Novemeber 1991.