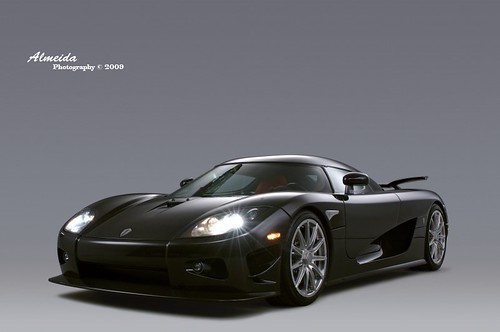 Christian von Koenigsegg, at the age of 22, began this manufacturing company of Koenigsegg Automotive AB in 1994, with an aim to build a supercar. This company is a non-listed free trading Swedish Public Company with Christian as the CEO and about 90 other shareholders. It would be 8 years later, in 2002, that the first street legal car would be available for consumers.

Since 2003 two large fighter-jet hangars and an office building were converted into a car factory for Koenigsegg production. This factory is based on the Ängelholm airport, which is still active. Consequently clients can arrive by private jet next to the factory. Koenigsegg manages and utilizes the former military runway for shakedown runs of production cars and high speed testing.

The Koenigsegg cars have technology that is orientated to be environmentally friendly to power them such as electric plug ins. Koenigsegg was the only supercar and low-volume manufacturer to pass the new European pedestrian impact tests.

The following are some of the limited models, due to lower volume production, of Koenigsegg supercars:
•CC8S (manufactured from 2002 to 2004)
•CCR (manufactured from 2004 to 2006)
•CCX (manufactured from 2006 to 2010)
•CCXR (In 2007, the CCXR was presented, which is a biofuel/flexfuel fueled vehicle. It can operate on ethanol or usual gas (petrol) or even a combination of these two types of fuel. This model was produced until 2010.)
•Trevita (In 2009, the Trevita was announced. This is a car with its body made of only Koenigsegg's proprietary material consisting of diamond-coated carbon fibre. This model ceased being manufactured in 2010.)
•Agera (In 2010, Agera has been manufactured. This super car has a Koenigsegg developed 5.0-litre variable geometry twin-turbo V8 engine capable of 910 hp (679 kW). This is all coupled to a newly developed 7-speed gearbox. It has a 395km/h speed. Manufacture of this model ended in 2013.)
•Agera R (manufactured from 2011 and to this date still. It has a maximum speed of 418km/h)
•Agera S (manufactured from 2013 and to this date still. The weight of the whole engine is 197 kg due to its carbon fibre intake manifold and the aluminium.)
The cars have also been prized with some significant awards, such as:
•The Koenigsegg CCXR selected to be one of the ten most beautiful cars in history, by Forbes in 2009.
•The Koenigsegg Agera winning the prestigious BBC Top Gear Hypercar of the Year Award, in 2010.

The Koenigsegg models have also been noted for breaking speed records, such as the Nardo and Top Gear Speeds. Top Gear has also been quoted as stating, "Agera is the most exiting supercar on earth, bar none."