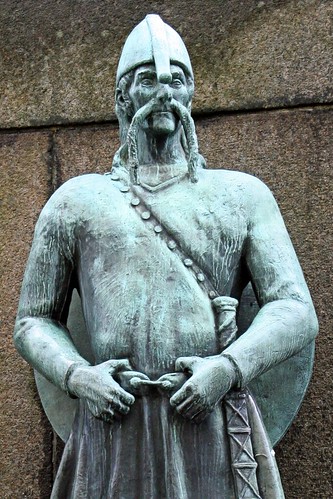 The military history of Sweden

During prehistoric times the two prime kingdoms in Sweden were the Svea and Göta kingdoms. Many wars were fought between the two kingdoms. Svea is remembered as being generally victorious.

Sweden has the strong heritage history of brave Vikings, conquering other lands. The culture of the Vikings was to operate plundering expeditions and set up a great reputation for wider trade. Since those times of the Vikings, the country has participated in various wars. Yet at the beginning of the 1990s Swedes began to become more neutral. Today Sweden is a country that is involved in various peace-keeping operations through the UN. Yet it has a record of wars it has been involved in that are noteworthy in history.

• The Swedish War of Liberation from 1521 to 1523 was the time when Sweden became independent and free and since that time has been.
• Polish-Swedish Wars was a series of conflicts between Sweden and Poland from 1563 and 1721.
• De la Gardie Campaign 1609 to 1610, when Sweden aligned with Russia
• The Kalmar War from 1611 to 1613 began when Sweden was establishing alternative trade routes and ignoring the protests of Denmark; as Sweden infringed on the Danes main source of income in other territories. This led to Denmark declaring war on Sweden. As sea trade routes were part of the power struggle, other countries of England and the Dutch Republic had an interest to have Danish power reduced. In the end the Swedes gained free trade along the Sound Strait and the Danes gained Lapland to be included into Norway and ultimately under Danish rule.
• The Ingrain War from 1610 to 1617 was a time that would contribute to Sweden’s Age of Greatness. The war was initiated by a desire to establish a Swedish duke on the Russian throne. The war concluded with Sweden having gained a large amount of additional territory for a period of time.
• The Thirty Year’s war from 1618 to 1648
• Torstenson War from 1643 to 1645, a brief conflict between Sweden and Norway with Denmark which occurred towards the end of the Thirty Year’s War.
• Charle’s X’s War from 1655 to 1659
• Dutch-Swedish (also known as the Dano-Swedish) War from 1658 to 1660
• The Scanian War from 1675 to 1679
• Great Northern War from 1770 to 1721
• The Russo-Swedish war from 1741 to 1743
• Pomeranian War from 1751 to 1771
• Gustav III’s Russian War from 1788 to 1790, was a war fought between Sweden and Russia
• The Finnish War from 1808 to 1809
• War with Norway in 1814 as Norway was awarded to Sweden under the Treaty of Kiel but Norway resisted this agreement of being ruled under Sweden, but then did form a personal union with Sweden under the Convention of Moss.
• World War I and World War II, Sweden was officially neutral
• Cold War, Sweden took the policy of non-alignment yet a plan of total defence was organised with bomb shelters and on standby troops. The Swedish Air Force became highly reputable at this time in history.
• Congo Crisis from 1960 to 1965, Swedish Air Force did have a role under the UN against rebel forces.