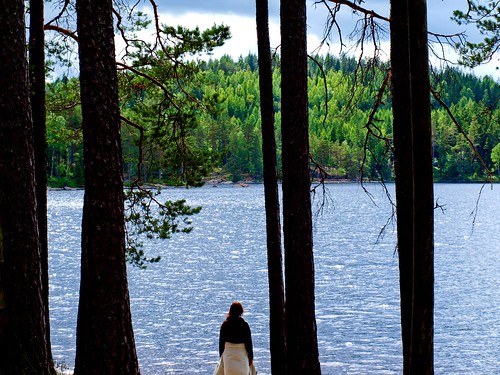 The Tiveden National Park is located in the part of the great Tiveden Forest. This is in Örebro County and Västra Götaland County in southern Sweden. The terrain of the Tiveden National Park is mountainous and with many stones, and this park is regarded as the least accessible section of Tiveden Forest. The evergreen forests, with valleys and major boulders enhance the atmosphere of a great wilderness. Some of the boulders have been measured to be as high as 10 meters;these magnificent boulders were bought to the area by inland ice.

Other great attractions to be seen in the forested terrain are many small lakes with displays of red water lilies.

The park was founded in 1983. The size of the park is relatively minor, measuring 13.5 km2. There is not much existing animal wild life, except for the Wood Grouse. This bird is also known as the Western Capercaillie, Heather Cock or Capercaillie. It is noted for being the biggest member of the grouse family, with the heaviest recorded Wood Grouse being weighed at over 7kgs. The most noticeable behaviour of this bird is when it is mating season. The cock raises and fans his tail feathers, he then erects his neck, points his beak skywards, with wings spread out and drooped. This is done to attract and impress the females. The cock will also sing a song during his display;with a series of double-clicks (sounds similar to a dropping ping-pong ball which gradually accelerates to a popping sound like a cork coming out of a champagne bottle, and then proceeds to scraping sounds). 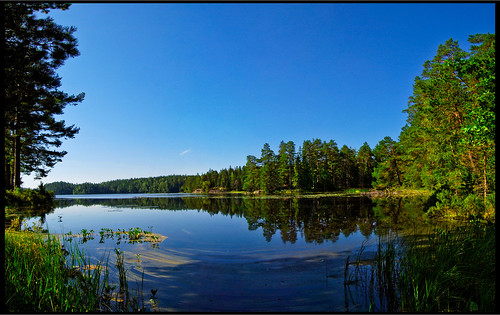 To this day the park has a reputation for being especially dangerous and wild with its landscape. Outlaws have sought refuge in this park in bygone days, as one could easily hide there. In even earlier history;we know that the park was the site of worshipping grounds and sacrificial sites. Among the several caves in the park, the best known is Stenkälla, which was an old sacrificial site during prominent pagan times. However human habitation has not been found to have occurred in the area. Other human activities that are known to have occurred in the park, due to remains, are burn-beating, charcoal-making and logging.

The most convenient way to reach Tiveden National Park is from Highway 49 between Karlsborg and Askersund. A narrow road, known as Tivedsleden, then goes through the area. The road passes Stenkällebergen, where there is a parking area and an information display. This national park consists of 25 kilometres of hiking trails which pass the most interesting sights.