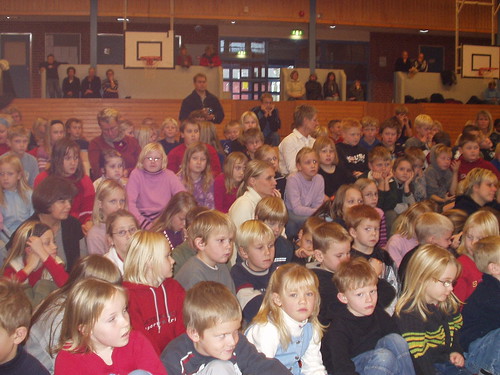 These Swedes from Kallby Gard, are attentively listening to their Principal discuss their success in becoming the First International Safe School.

In Sweden it is illegal to spank or beat a child and this has been a law since 1979. Unlike in many other countries, schooling is free in Sweden. However preschool and higher education are not completely free as they are partly government funded. This ensures that many youngsters have a brighter future, as education is often the key to successful careers and lifestyles.

It is mandatory that all children have access to education and that a child may not leave schooling education until after the 9th grade. Most children at the age of 6 are placed in kindergarten (a pre-school before formal schooling). Day care is available at schools for children 6 to 12 years of age.

As swimming is a major past time during the summer holidays, it is school rules that all 11 years old be able to swim 200 meters with 50 meters on their back and be trained to cope in emergencies in water. Recycling is taught to children and there is one day every year in Spring that children pick up litter and clean their environment from pollution (organised by Keep Sweden Tidy Foundation).

As like most children, young Swedes enjoy spending time with friends and listening to music yet their own interests are strongly supported. Recreational activities are highly encouraged to be participated in amongst the youth. 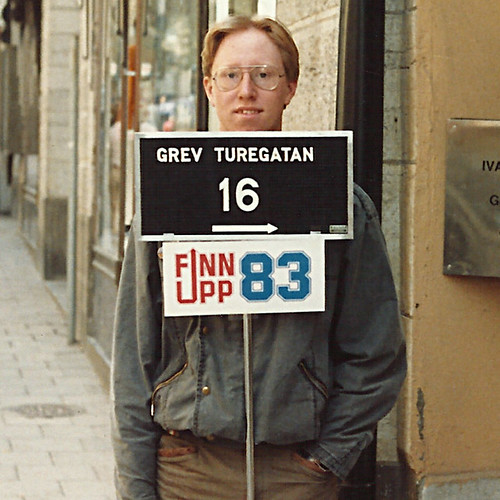 Singing and playing a musical instrument is a major aspect for children to learn. Sport is popular and most boys and girls tend to favour playing soccer. The second most favoured sport for girls is horse riding, and for boys it is floorball, then swimming comes next and ice hockey. Generally all children are active in some sport.

Internet browsing begins at a young age for Swedes, by the age of four;half of all Swedishfour year olds have been on the internet. Browsing the internet and watching TV are common pastimes for children. Young children tend to do more online games, while older children tend to participate in more social media forums.

Famous Swedish children literature has characters that inspire children to be independent and in Swedish culture the youth are supported in thinking for themselves and asking questions. Swedish produced films targeted for the youth vary from light humorous story lines to heavy thought provoking story lines.

To support the youth in being entrepreneurs, the Swedish Society of Engineers began Finn upp in 1979. Finn upp is about promoting children from grades 6 to 9 to invent things to help them learn. A competition is held every three years.

A variety of organisations have been set up to support the rights of children in Sweden. BRIS (Children’s Rights in Society) offers telephone helplines, chats and email counselling.

Parents tend to usually have one or two children. Over 90% of fathers work and over 80% of mothers work. However parents are given a generous paternal leave, compared to some other countries.